You strap 18kg on one side of the bike and move it around, tell me that doesn't make a difference.
There is one, the facts support that, as do the physics.

It's go nothing to do with twisting physics, it's merely accepting that it's a gas, or what I believe, it's just science, which is always right, no matter what you think/believe.

It's thinking like that, where beliefs overturn the ability to think logically, and look at facts, that have ruined the world today.

Moving 20kg around will make a difference to the weight transfer, the earth is round, vaccines do not cause autism, and the EU is a doomed shitshow.

They make the world go round.

That is simple science, it doesn't care what you believe, it's just there and is just a fact.

As for it being only felt on a GP bike/high performance bike, I only say this as they're so light and so 'finicky' they'll likely be very sensitive to weight influences, that being said if you're going fast enough
(or have messed up bad enough like I did when I did a dangle on accident) you can feel it help with slowing down. (Both in comfort and aero)

I don't quite understand how you can compare something with genuine physical proof to tattoos, which are purely cosmetic....

It's like I said before, science doesn't care what you believe, if it's right it's right, regardless of what you think.

Wnd I've seen only opinions in anything you've ever said on the forums. No facts I can find sources for.

April 08, 2020, 10:52:44 am
I mean, like I said above one leg can weigh up to 20% of a man's total body mass, combined the average male has close to half his mass in legs...
Now you go stand in your living room on one leg and swing the other about, and tell me it doesn't make a difference to your balance?

This wouldn't change on a motorcycle, just because there's extra variables the originals don't disappear.

What the actual results of this are are likely only noticeable on a top spec machine, at the top level of performance which it's unlikely we'll get to. Ever.

So while we can put our tinfoil hats on and ignore facts and physics and say it's a joke  blah blah blah, this is the closest to an accurate explanation we'll get.

Can I ask, have you ever tried dangling a leg on a track under hard braking?
4

April 08, 2020, 10:44:48 am
Only helps if you're consistent? Not really. It can help a rider be more consistent on the edge, and in a world where wins and losses are measured in thousandths of seconds, this little bit of consistency and confidence that may be gotten could be a win or anything else.

After all, if you're not winning you're losing.

Anything that makes a rider more comfortable on the bike is a win, even if lap times aren't affected. As being comfortable and confident on it is 1/2 the battle.

As for no-one being consistent enough for it to make a difference...
Are you forgetting the numerous times Lorenzo's completed entire GPS with lap times being no more than 1 tenth of a second in variation?

And he's not the only rider doing this.. hell even mm has done it to within a tenth or two...

And the Rossi joke... Itay have been a mistake, but he made the apex of the turn, and didn't even run wide, so he obviously had the confidence in the bike to carry on the maneuver.

So maybe it started off as a mistake, but he found it to help in braking later for his consistency. I mean after Jerez '05 he became known for his late braking, and he was the only one dangling at the time... Now he's not even the latest and everyone doest it.... Why is that then?

As for believing its effectiveness, I'm never going to be fast enough for this to really affect my riding, but, based off evidence, I'm gonna have to believe a wsbk champion who has not only done it and won it, at the highest level, but has literally no reason to lie about this.

While I can understand it would make a, minute, difference to the highest level, and those that are capable of getting to this level, I too despise it.

Certainly at anything less than BSB/British Supersports level there isn't a need for it. So when I see some newcomer on a 400 at my local waving a leg like it's falling off, I feel a little bit sad. :'D

But even without that, the man's raced everything under the sun, had some very smart people helping him, and has won at the top level, so I'd bet that he's got at least some factual reason for doing so....

Also, he did state that it only affects performance at the very top of rider and bike performance, so we on our little pointers will likely never even get to the point it's necessary.

Unless you get a false neutral at 130 going into the foggy esses... Then you flap everything, arse crack included
7

And indeed they are doing

While it's only gonna be noticeable at the peak performance of a GP machine, it does seem to make a difference apparently.

You ride the old version Mystic? Oh btw why cant we comment on S1000 got some good feedback to pass you.......

Rode the old Duc a lot, which is surprising considering I prefer race bikes, and this has... LIGHTS

as for the HP4 Race, (Not quite an s1000 as there are a tonne of differences in geometry and handling) bob some in my discord or pm me ont forums 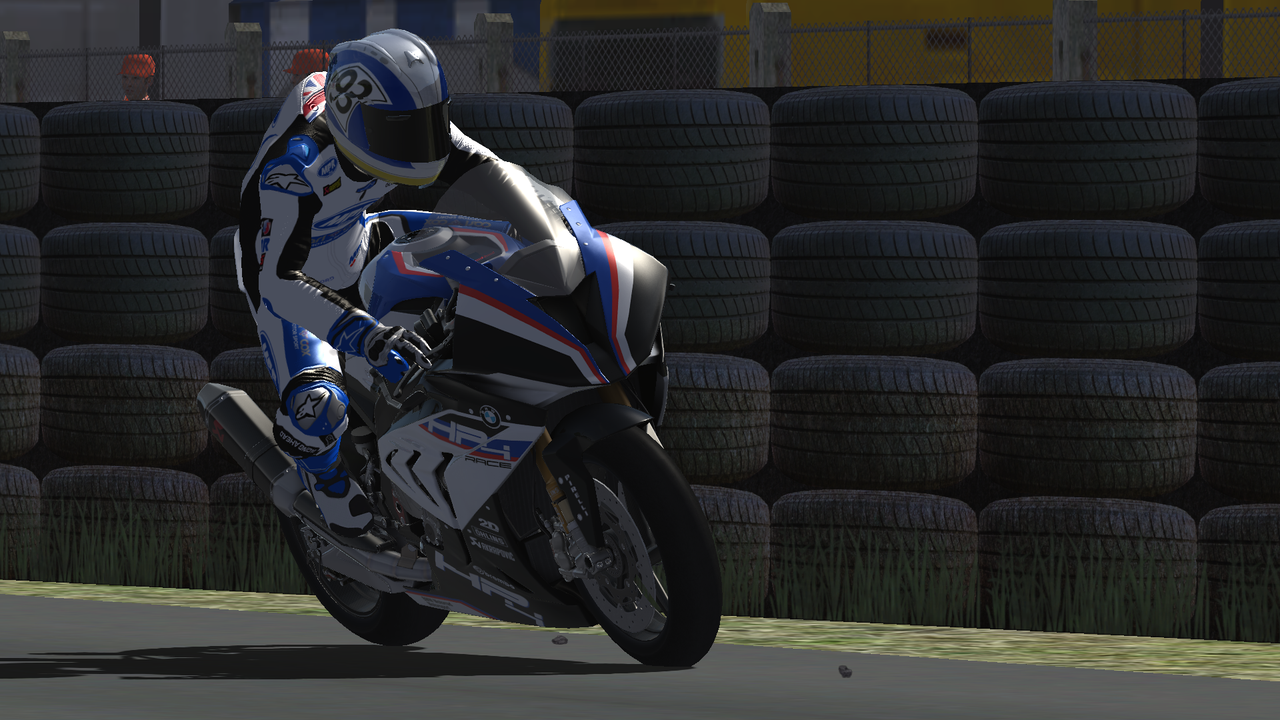 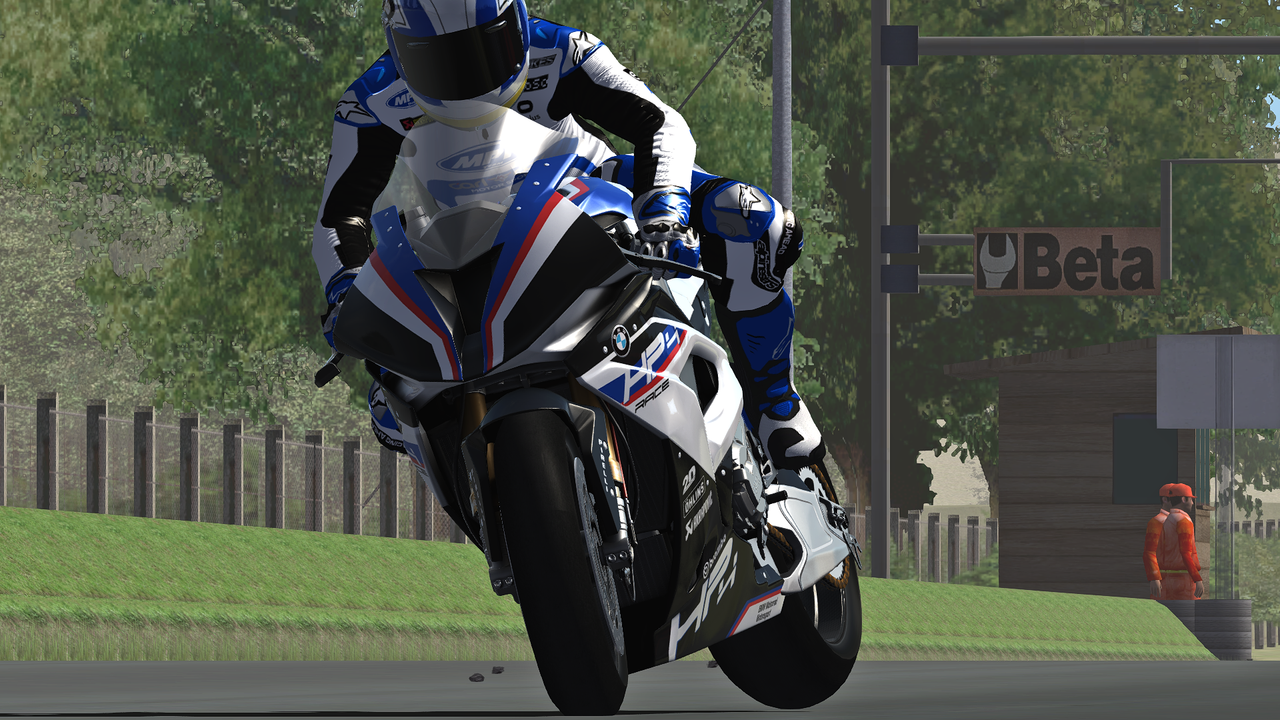 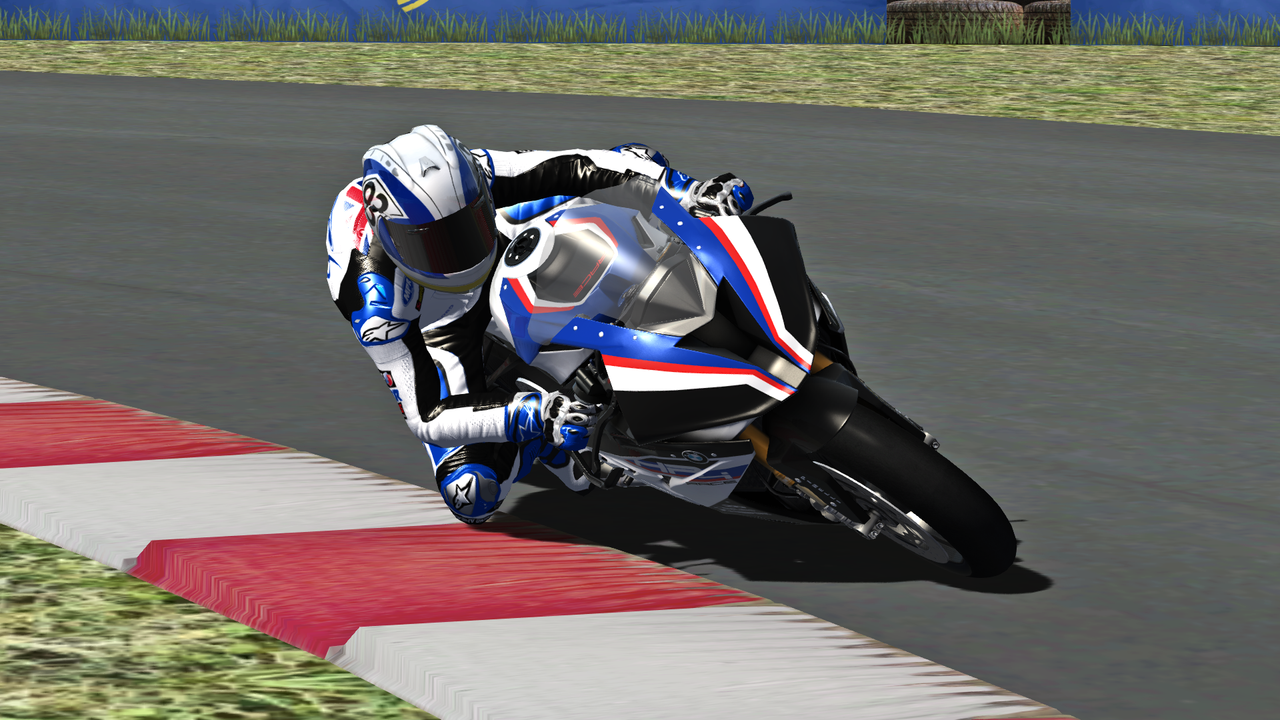 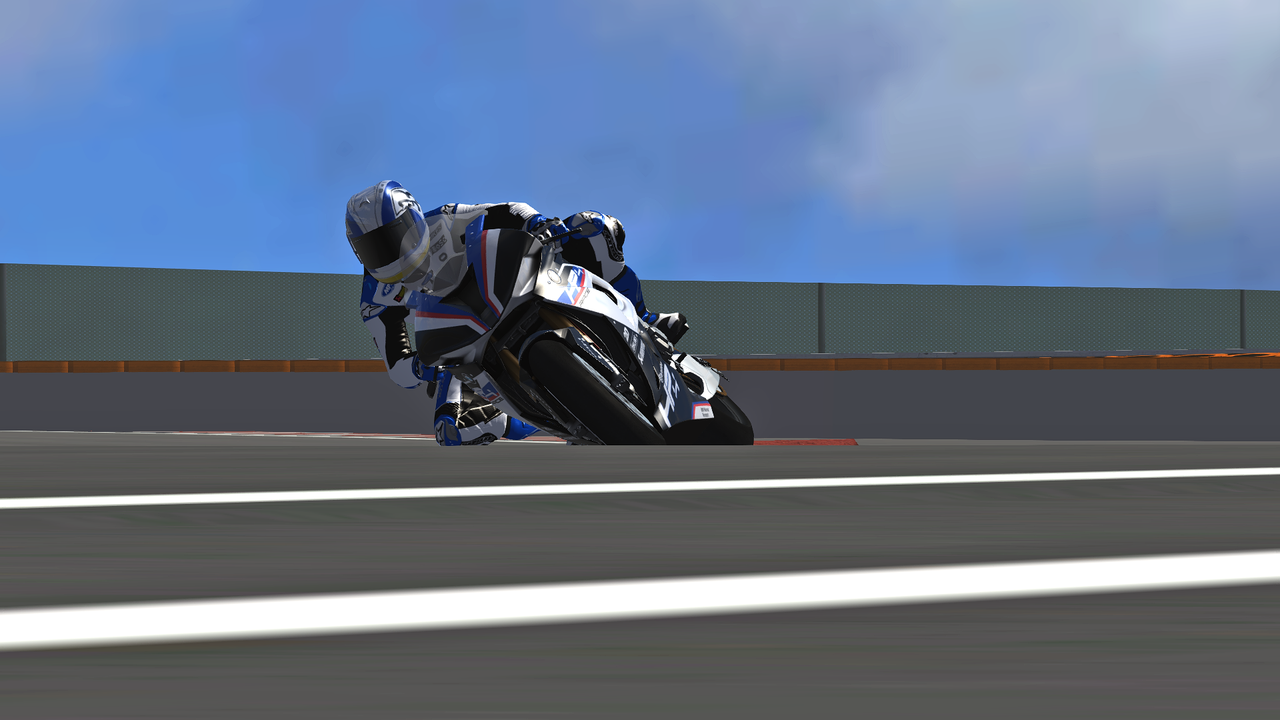 - Cameras (Both replay onboards and first person positions, but as a quick workaround pressing 'Left Shift + C', then using the arrow keys adjusts the basics in game
- Sounds