Support / how to choose another code page

Off Topic / PIBOSO around the world

November 21, 2016, 09:56:06 PM
So, celebrating Beta10 I have an idea — mark a players of Piboso games on the world map.
As you can see on the map, icons are sorted by preferred game and separated by colors and icons.  Will be very smart to share the access with someone trusted people with Gmail accaunt (the problem may be is who will tell me about who is trusted).

If you like this idea, write here using the template:
Preferred game;
Country, City, may be crossroad by two streets (or icon will be placed on the random crossroad);
Bike(s) or any transport that you want to be listed.
Nickname and photo will be taken from your forum accaunt.

You can repost this thread on another forums if you want.

Or I can delete the map, if you dont like the idea.
Comments, suggestions, another bla-bla-bla are welcome.
3

Bug Reports / My curly hands or what?

April 21, 2014, 05:28:29 PM
Bike cann`t raise after max lean on low speeds, when smooth (steady) throttle or just beginning to accelerate. And riding fine after 1-2 sec after acceleration.
Is it problems with my riding style, with gamepad or with game engine?
Gamepad Logitech F310 and  settings

Suggestions and wishlist / Some wishes

MapEd:
Control points for curves (like working with Bezier curves in any 3d/2d program)
Counter for segments
Ability to move the points separatly (i mean ability to edit  point somewhere in the middle of the track, not only last point)
working with objects: change controls to be similar in 3dMax as W (move), E (rotate), R (scale)

Little utility like MapViewer but for bikes, may be also Rider viewer (or select button it one program). Button [Reload] for force reloading the model and textures.

Lets name it "LowSpeed stability". On the speed less than, for example, 10 km/h (or while using Low Speed buttons I and K) motorcycle must be much more stable including must be able turn 180 degrees in the circle 8-10 m.

Headlights and taillights. We shall come to road/street bikes earlier or later, so the models must be prepared. But i guess its somewhere in progress because people asking for night races.

In showroom game may use 360 Panorama as background, so players can use their own locations. Simply a sphere around player and bike, textured by this panorama.

BIG changes:
— "Asset library" like in all another game engines (you know it good and for modders, and for users — decrease size, increase speed).
— Ragdoll animation for rider, even Milestone became use it!
— Pivots and Hierarchy, export bike model as one file
for example, thats how it were realised in GTA SanAndreas:
(chassis_vlo is LevelOfDetail object for long distances (far view), shadow is invisible model for faster calculating of the shadow) Anyway i request detailed tutorial How to use different shaders on the bike and on the track. With downloadable examples.
* had found some pages, how helpful are they?

! I understand it may be not in first priority, but lets face it — graphic wich looks like from ten years ago can make people cry

December 27, 2013, 11:30:37 AM
Possibility to adding choppers (it can require another type of animation) can drag in the interest from another part of motorcycle community, and anyway it may be fun. Hm? 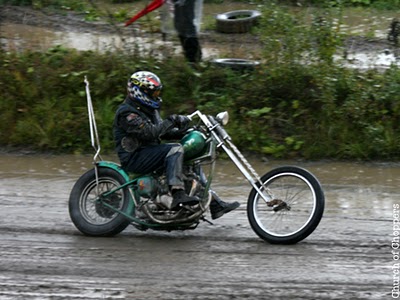 I started this topic for asking about is anyone else building the IOM track, cause i have a doubts — what if i`m doing the twice work

I have not finished track (i forgot who send it to me, sorry dude) which was work in Beta3, but not even starting in Bets4. Anyway, after all hours in seeking and converting many kinds of GPS data, i`m not sure about those track was close to original (because all the gps tracks needs thoroughly manual editing. And i didnt see no one program where you can add the track point, interpolating the altitude; able only moving existing points)
So, i started my own way:
1) grabbed huge height, street and satellite maps (13280px X 16288px)
2) build the model in 3dMax (simply Displace using Height map)
3) merge gps tracks (GPX - CSV - BobsTrackBuilder - Softimage - Max)
4) compare it all and decided to built a brand new smooth track, using exported tracks as sample in altitudes.
5) And there is a problem: my huge map is not so huge in close view, because only the half of all the picture is useful

So, now i`ll grab the same size map, but only along the course and will start again.

Can i continue or someone already did this yet? (I`m really in doubts!)