Great see great new little bikes. I hope for a good race event with this!

Yes, in that kind of bike it's possible. I will put its seat in a near update. Pain in the ass for sure!
17

Thanks for sharing paco.

Hi guys, I'm proud to share with you that one-week project. I had a few days off and I did that pint-sized  GP bike. It's just a 80cc Yamaha YZ' engine on a 80cc TZR Frame. I modeled a new rear plastics and made some custom parts.

I hope you like it. See you in Zuera, Lonato...

Here an easy way for make 3d templates in PS, (no need my 3d model) for quickly and perfect liveries: Hahahaha. What a flex! I didn't notice that.
21 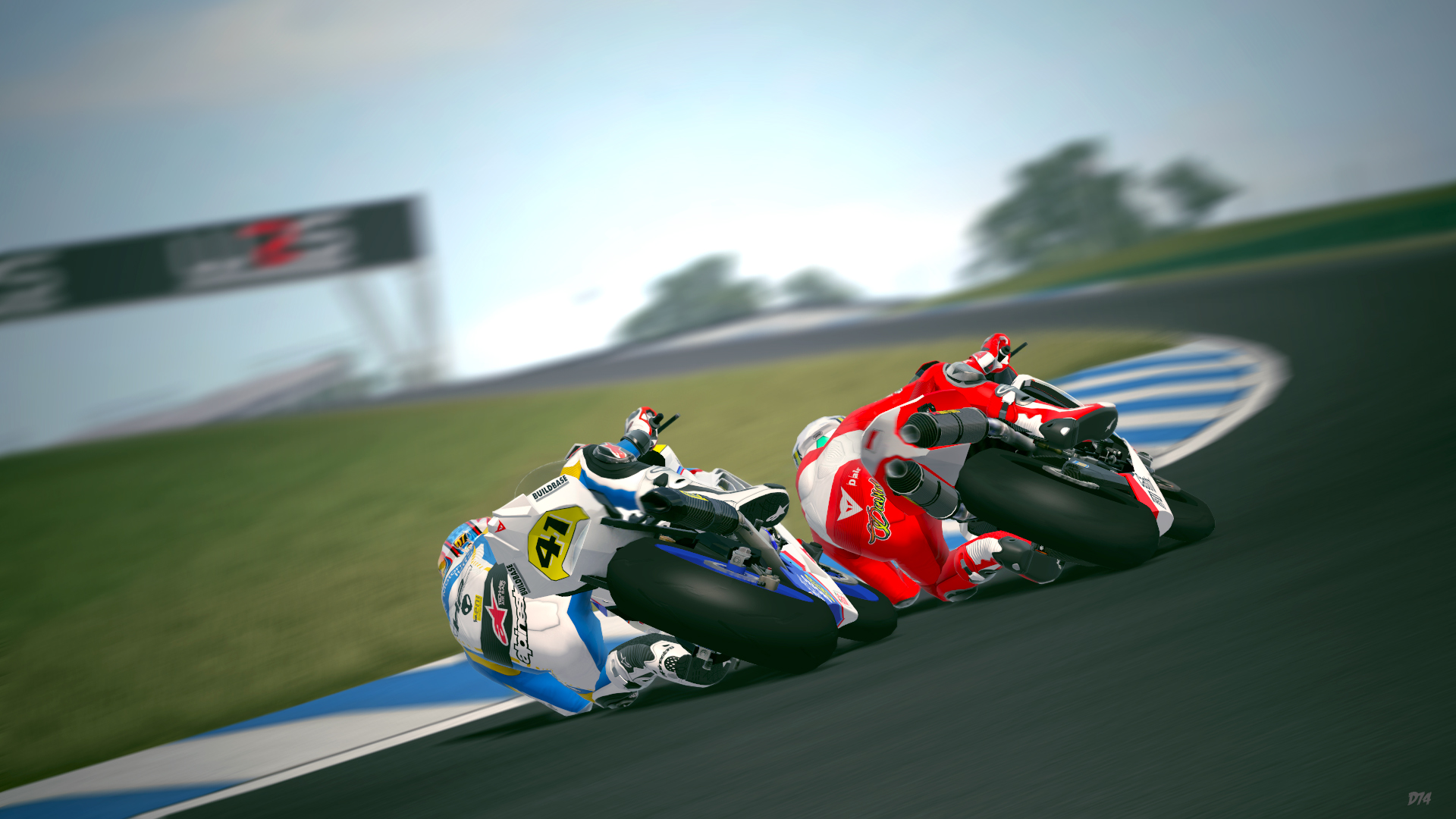 I think you will find over half the guys got cores, I had 2 and so did others I think. Point is that in reality 15 is the max for a good amount of riders with good stability.

Test need to be done now I have finished uploading vids to YT lol. My servers were down due to it on Monday and the CUP server got killed by it sorry guys but it is part of my living.

No problem for that. Is your work. As soon I get home I'll send you a PM with some changes about the races and I would like you tell me all what you need for a better streaming. The next races will be split.
24

Quote from: pacopastor34 on November 14, 2016, 05:12:41 PM
[stability issues]
I came from MXB. I Know better than anyone what pib's netcode issues can do for us in with more than 15 people(ask to geofanatec), In my opinion the race was so stable(comparing with my last year experience). No one will be core error proof until piboso fix the netcode. I repeat, core.exe will be taken as mechanical failure.

Having made that quoted statement above then you should be willing to listen to those of us in GPB who have years more experience in running GPB servers than any MXB server host, and knows what will and won't work in GPB.

I knew for a start you'd have issues with core.exe crashes and live streaming issues with a full race grid(btw, nothing wrong with the track cams guys). In fact I did post advice way before the event that a full grid was asking for instability troubles; the reality is that you got away with it more than you should've on the night, in that many more riders were likely to have had problems not only with core.exe crashes but in just not being able to connect to the server itself - you were very lucky in that sense in yesterdays event, but if I was you I wouldn't bank on being so lucky if you continue with a full grid for the other events in the championship.

My advice for what it's worth:

I tend to be a straight talker much like DD, and like DD, I'm just trying to help, so don't take all this the wrong way guys. We all want you to succeed in this venture, so all due respect to you in co-ordination with BES for putting on these championships.

My opinion was always to do 2 races not only because of the stability(I wanted to don't leave outside anyone)I'm always willing to be helped. Maybe I misunderstood some words of DD's post.That's not my own language and I'm doing my best. I'm willing to help DD with riders recognition. I only said that it would be better sending a PM to someone of the team.

Your nose is where it has to be. Don't worry. I hope to see  you on the next race.

I used my personal suit ... it was a rule too stupid for me. A streaming race with all riders identical...genius.(Do you really think we made a championship for a 3 people streaming?)

I know it could be stupid for you, ok, but it's a rule. It's simple. I think marihuana penalisation it's so stupid but I don't go to the policeman and smoke in front of him. I don't want to be arguing until the end of the championship with the same things. Please respect the the rules.

In the info of the championship before registration we said: SKINS WILL BE PROVIDED BY ORGANISATION BECAUSE OF THE KIND OF CHAMPIONSHIP(MONOBRAND).

I think it is very simple. Just race and enjoy. This is not the last championship. It's a small and quick championship and we thought to make it that way. As I said in previous post, the next championships will be skins open and for sure we will improve a lot of things.

[stability issues]
I came from MXB. I Know better than anyone what pib's netcode issues can do for us in with more than 15 people(ask to geofanatec), In my opinion the race was so stable(comparing with my last year experience). No one will be core error proof until piboso fix the netcode. I repeat, core.exe will be taken as mechanical failure.

Quote from: poumpouny on November 14, 2016, 12:32:02 PM
i don't really know if it worth it making such championship (with 24 rider) with the core exe, may be wait for Beta 10 ?, anyway had core exe 1 min 30 before race, the time i could get into gpb agaiin the race already start ! i know i 'm a totaly noob and i need lot of practice to be competitive in such a race but i would love to participate ! at least wait just a few minute before start or make a poll restart when somebody is still not in the start line ! anyways the qualy and practice was just fun, sorry for some guys i disturb on qualy due to my incredible number of crash hihihi, this front tyre is just awesomely easy to loose !

I'm agree with make a quick poll just typing ready or rdy each rider 1 minute before ride. In the actual state of developing core exe fail should be taken as a mechanical failure.

We are working right now to fix front tyre unpredictability.

@doubledragoncc If you want a better streaming you should ask for what you need for it before the race and don't complain after. If you want change anything in all that 40 skins send me a PM. But please don't f... with that here, that way you won't get anything good. I don't want to be rude with you but the championship rules about the skins are clear, it's a monobrand promotional tournament. The next championship will be full skinning open.
27