General Discussion / Re: State of the Union ( GPB beta16 and beyond )

My first impressions of the suspemsion are:
Front spring rate about right but lacking damping, all moving too freely.  Increase both comp and rebound damping.
Rear too firm - reduce spring rate until bike starts squatting a little on the gas.  Can't really tell anything about rear damping until it's moving.

First thing I tend to try for reducing headshake is to increase the fork offset a bit.  If that's not enough then increasing the rake is next on the list.

I do know that the model files within the Jester archives weren't Softimage filetypes - either proprietary or on the I/O list.  My guess was that they were using an in-house I/O filter or one from a PS2 development suite.  I did look for the latter but couldn't find anything that matched the filetype.

Perhaps a long shot but this dude is obviously a genius when it comes to this sort of thing.  Might be worth sticking your lmp on mega or the likes and sending him an email with a link.
http://aluigi.altervista.org/quickbms.htm

Also:
Reduce the fork offset until the front end gets twitchy(then go back up a couple of mm).
Use a harder rear tyre - less grip means more spin means more oversteer.  Quite a few(maybe all?) of the the changes already mentioned will lose you traction anyway).
Be more aggressive with the throttle(I'm a slowpoke but I certainly see the quick guys lighting it up more than I do to tighten turns).

Do all these things and hopefully the bike should become a twitchy, head-shaking oversteering nightmare.

Then you can selectively back off the settings until you find your sweet spot.
7

What should he have he being running do you reckon?
Just out of curiosity.
Bearing in mind that he's regularly in the top percentile of any GPB race he plays...
...and took part in the testing of the track, so had a little prior knowledge.

How far off Deano's record should he have been?
(for what it's worth, I'd go with a couple of seconds)

I thought the same - the grip on the track feels a little high and the grip on the grass is just silly.  To warm up I battered out some laps of the ring on the strada and it was just the same.
That really is outwith my control.

Don't fancy dropping the grip level overall because I kinda had plans for which bits should have less grip...
...and Piboso could tweak the master again and then maybe there wouldn't be enough.
It's not even Piboso's fault in my eyes.  There was a sweet spot grip-wise somewhere around B11-12 I thought but the things that blew that were things that were worth introducing, tyre deformation or the likes.
I'm pragmatic enough to just go along with the grand plan, put up with it's quirks and hope they get ironed out.
Who I feel for are the guys who work on the tyres.  It must be a bitch when you put the time into getting them just-so and the next beta rolls up and folk start complaining that they're too grippy.

Feel like I should apologise for memorial on the first lap.  In real life I think cutting across the path would be more forgiving.  Don't know for sure as I don't recall ever seeing anyone doing it but...
Anyway, I'll give it a little tweak so the reaction isn't quite as violent.

Watched this years real races and other areas I noticed that still need work are:
The crest of the right-hander at the esses.  That bump is quite entertaining but it's not there in real life.
The left-hander at the esses still isn't right either(never has been really).
The left at the end of memorial.  Widening it has been on the to-do list forever.

The join at Farm should be smoother.  It looks ok on the model but in real life it's a much smoother ride - the front shouldn't be tucking like that.  Needs a new extrusion made and blended in.

The rise before Jeffries Jump.  It needs toned down a bawhair I reckon.
...and the rise after the jump needs increased -  back to something more like it was before I got the aerial lidar(which was fantastic for the general shape but still had an inch or so of variance - and an inch is a huge margin when you're talking about bumps and jumps.

Feel free to point out other problems - that's what this thread is for after all.

After watching the gold cup, the new todo list isn't as long as I was expecting.  Three or four new kerbs and some barrier changes when I get round to doing the barriers.

I could tell you the story of how I arranged a split shift on race day and rode back to the house for it.
...but fukit, sever issues happen, I've had to postpone a race or two myself.

Had a great few laps with Syd the day before the race on your practice server.  A couple of scrappy moments but only because we were finding out what you could get away with and what you couldn't.  On the whole it was good clean fun - pulled off a round-the-outside at Mountside that was at least 50% luck...
...which doesn't stop it from being one of the most entertaining moments I've ever had in a videoame.

Your vid showed that the startlight position seems to be about right.
...and that the marshalls are pretty enthusiastic.  Perhaps a little too enthusiastic.  Looked like there were times where they were waving for things that were happinging a million miles up the road.
I'll recheck the file but not sure if we have control over that.

By the way - Gzehoo if you read this - Spied your new camera setup and liked it.

If you want to post it up I'll add it to the next update.
10

Yeah, an hour from now.

Have to leave for work at 3.

Coud someone save a replay?  Will be interested to see how it goes.

Racing / Re: Race Weekend: Scarborough Gold Cup - Get your entries IN

Yeah, was great to hear it was back on the calendar again.

No progress here I'm afraid.
...but modding's always been a winter thing for me.  Some night it'll be dark and cold and wet and the mouse'll drift over to the lightwave icon again.
It's the only project on the cards when that happens.

Project for the summer was my dad's old Blade.  He decided he was done with sports bikes and has been running a KTM Super Adventure for the last couple of years.
Wasn't about to pass on a free hunk of Mr Honda's finest, even if it needed some TLC.
Fresh bodywork and radiator.  Braided hoses(and the RCS19 off the wee ZXR).  Plugs, filters, fluids some bearings, battery, etc.  Done the valve clearances.  Lots of stripping just to check and grease stuff..... 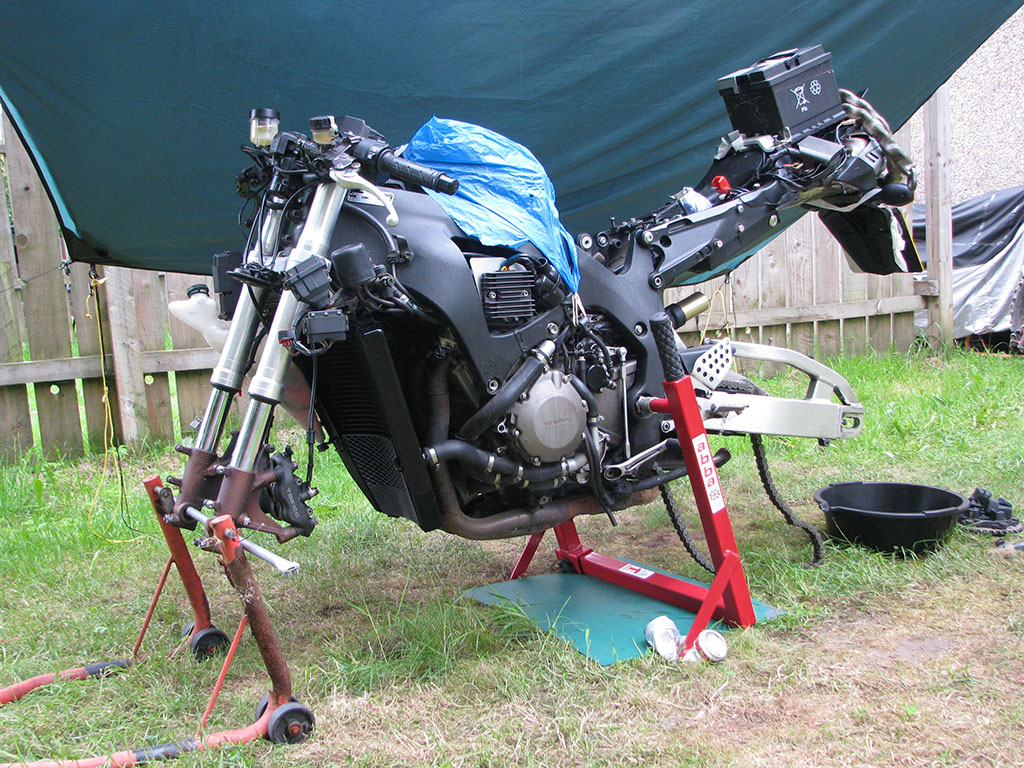 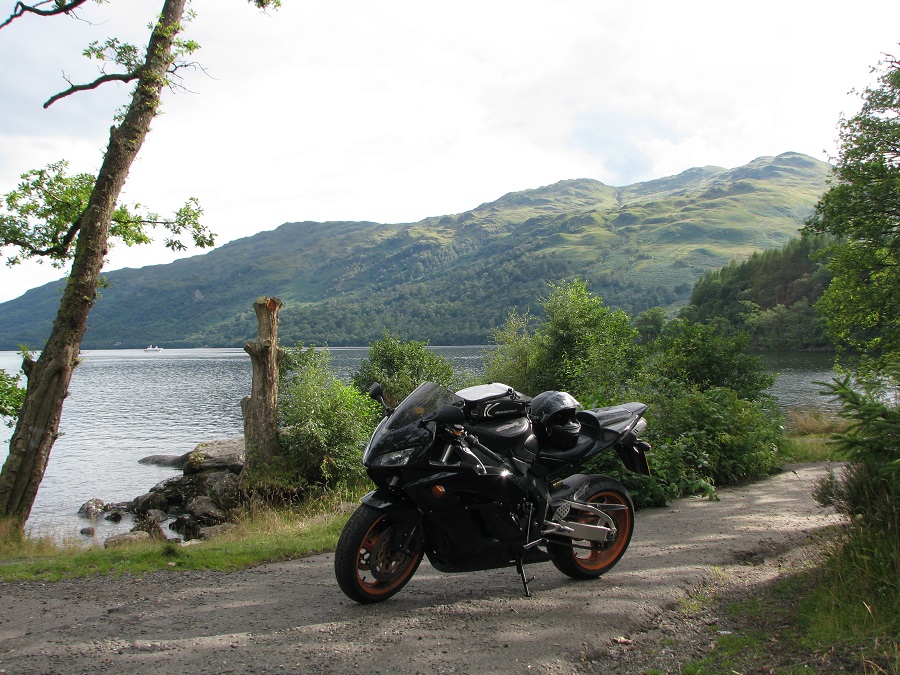 August 13, 2019, 11:51:27 PM
Never done it but was supposed to at Knockhill so looked into it a bit.
You make a second centreline, give both distinct names then merge both with the trp.
Using the same names as the centrelines, pile up all the other files:
The layouts for cones.
Camera files.  They work off the centreline chainage, as do the marshalls.
...so if you change the centreline length they won't work right anymore.

Was a reverse layout I was wanting so do so the grid also needed separate files and there was something about the pits...
...oh yeah - I just wondered if running the PITIN and PITOUT surfaces the wrong way would mess anything up.  Can change everything else around but they're on the model.
15

Support / Re: Any question before buy

There is an export plugin for 3DSmax 2010 that will write tracks directly to GPB format.
If you run a later version you can export as FBX then use the fbx2edf conversion utility.
Pages1 2 3 ... 39